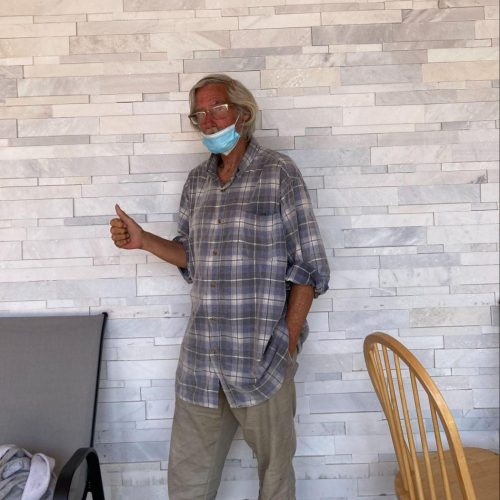 Donald had been homeless since 2018 and came to Prado after living on the streets in Atascadero. After consistently sticking around Prado for about a year he started working with a housing case manager and was assisted with getting access to his social security retirement income. His case manager was able to assist him with accessing proper medical care that he had not received in several years at the CHC clinic at Prado. Donald struggled with memory issues which continued to worsen during his time at Prado. His case manager worked collaboratively with APS to secure placement for Donald in an assisted living facility that would provide the support he needed to be safe and successful in housing. Donald was housed in an amazing assisted living/memory care facility with the support from the housing case management team at the 40 Prado shelter.